How Can We Help?

byLee Taylor
You are here:
← All Topics

Up to 50% of children and adolescents with attention deficit/hyperactivity disorder (ADHD) exhibit motor abnormalities including altered balance. Cerebellar dysfunction may contribute to the minor postural deficits seen in ADHD children.[1]

We suggest using TheraTogs to address the issues of Developmental Coordination Disorder in ADHD (see discussion below). The undergarments deliver the somatosensory input and gentle mechanical stability of a customized body hug. For children with sensory-seeking behaviors who settle down when held, this cozy hug can have a calming effect. Strapping is available to add more body awareness – through compression and by shortening underlying musculature; to improve the alignment of the spine and pelvis; or to add deep compression as a stimulus for activating the postural muscles of the trunk. 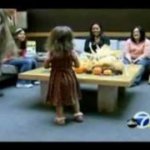 Evidence: One case study was featured in an ABC news segment on KGO-TV.

Sciences that apply to the management of ADD/DCD and ADHD/DCD:

Therapy approaches that can be used to address ADD/DCD and ADHD/DCD:

Symptoms of attention deficit / hyperactivity disorder (ADHD) include a variable array of social and behavioral difficulties such as staying focused on a task, controlling behavior (impulsivity), and keeping still (hyperactivity). Developmental coordination disorder (DCD) commonly accompanies ADHD [2] , and features problems of balance and motor coordination and of related factors of low muscle tone and ligament laxity that are seen in postural malalignments such as a rounded upper spine and arched lower spine, hyperextended knees, and low-arched or flexible feet.

The NIMH does not, however, discuss the associated problems of sensory processing deficits and DCD on their website.

In 2000, a group of young adults with ADHD was divided into those with DCD and those without DCD. Researchers compared several parameters showed that of those with DCD, 58% had a poor outcome compared with 13% in the comparison group without DCD.  Remaining symptoms of ADHD- antisocial personality disorder, alcohol abuse, criminal offending, reading disorders, and low educational level – were over-represented in the ADHD/DCD groups.[1]

In another study, school-aged children with ADHD-C showed significantly lower scores than those of their peers for standing balance, somatosensory modulation or processing  (awareness of and responsiveness to sensory information about joint positions and movements), vestibular (inner ear), and visual functions. [4]  Furthermore, an increased and persistent thickness of the cortex in the primary somatosensory cortex has been reported in adolescents and adults with ADHD compared with neurotypical peers. [5]

Learn more about ADHD at: http://www.webmd.com/add-adhd/guide/adhd-resources.